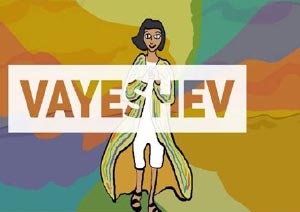 Jacob recognized that his story and Joseph’s are, in many ways, the same. Jacob’s mother had two sons, and so did Joseph’s; the former had great difficulty in childbirth, and so did the latter (Rachel died in delivering Benjamin); “just as this one was the firstborn, so that one was the firstborn”; “just as this one was hated by his brother Esau, so that one was hated by all his brothers”.

Jacob knows Joseph is his true heir, regardless of birth order; the destiny that passed to him from his own father and grandfather—not in any simple way, and certainly not because of personal virtue—will continue through Joseph, however vain, tactless, and feckless his son might be. God rewards those who dream the dreams that God inspires. Jacob knows this God.

How lonely he must have been, this young man favored by his father but deprived of his mother, gifted with dream after dream that promises he will matter greatly in the world and because he cannot stop himself from sharing his dreams with others, they hate him for his dreams.

Vayeshev teaches us profound lessons about the fragility of love, about family, deception, and vulnerability, it may be read as wisdom about the soul’s yearning for God’s Presence, about the crossing threads of hardship, struggle, and the prayerful quest in our lives.

Hineni (Here I am) the same word through which his great-grandfather Abraham declared willingness to be sent on divine errands as Joseph says at once when his father asks him to go in search of his brothers.