Then it came to pass, when Pharaoh had let the people go, that God did not lead them by way of the land of the Philistines, although that was near; for God said, “Lest perhaps the people change their minds when they see war, and return to Egypt.” 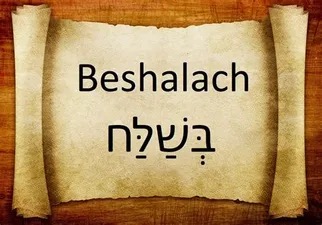 Parasha Beshalach witnesses triumphant redemption. Freed by the wonders of God and the leadership of Moses, the Israelites leave their Egyptian surroundings en route to the Promised Land of Israel. And while one would expect God to have mercy on these newly liberated children, guiding them along the shortest route possible, the Parasha opens with a curious statement: Exo. 13:17 After Pharaoh had let the people go, God did not lead them along the road to the land of the Philistines, although that was nearby, for God said, The people might change their minds if they see war and return to Egypt. My though is that maybe God was concerned, so to avoid the people begin to harbor thoughts about their departure, and they let their hearts be swayed and regret their decision, So God led the people around by the way of the wilderness to the Sea of Reeds (verse 18). Human nature is at once capricious and predictable.

Beshalach show us that the Children of Israel were hardly united in their response to the crisis moments that preceded their long-awaited Exodus from Egypt. Irony at the sea was the least of it. Safely arrived on the other side, the waters having formed a wall “to the right of them, and to the left,” (14:29) they immediately complained about everything specially when they arrive at Mara, the taste of the waters. This will be a pattern that persisted long into the journey through the wilderness.

Feasibly to have expected that after the people had been released from slavery, they would be able to move about freely and peacefully and enjoy a break from violent confrontations with other nations, at least until they entered the promised land; but this hope never happened.