And the Lord said to Moses, speak to the priests, the sons of Aaron, and say to them: None shall defile himself for the dead among his people 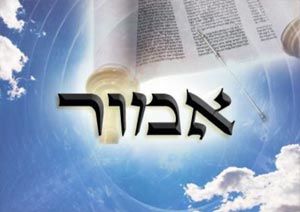 30thday of Counting the Omer

Parashat Emor, emphasizes the notion that religious leaders not expressing their opposition to atrocities in the name of God, and turn a blind eye, silence their voices, and give their approval tarnishing and diminishing God’s presence in this world.

The Torah opens by discussing the behavioral stringencies that apply to the priesthood, the kohanim (priests) must be mindful and deliberate in their service to God. In Lev. 22:1–2 Adonai spoke to Moses, saying: Tell Aaron and his sons to separate (In Hebrew veyinazru to become an ascetic) themselves from the holy things of Bnei-Israel, which they consecrate to Me, so that they would not profane My holy Name. I am Adonai.

According to JPS (Jewish Publication society) to be scrupulous about the sacred donations that the children of Israel consecrate to Me, lest they profane My holy name

As leaders of the Israelites, the priestly class is explicitly being held to a higher standard. What is the import of raising the bar so high for those who are so diligently serving God in the sacred precincts?

Torah expresses the ever-present concern that “absolute power corrupts absolutely.” When one achieves a certain status, there is a feeling of invincibility and self-importance. Such people often feel a sense of entitlement and excessive comfort. And too often, these feelings lead to abuses of power. For a person in the role of priest, the danger becomes all the more serious. Because priests are servants, their missteps will undoubtedly be projected onto God and the entire spiritual system. One must be ever-vigilant when serving the people in this capacity.